Isaac was not an immediate success story. In fact, he ran away from home at the tender age of twelve. He worked with a traveling group of actors and eventually got a job working at a machine shop at the age of 24. His first invention was one that can make type from wooden blocks, and it did not succeed.

After he found success, Isaac also encountered a great deal of scandal. It is believed that he was responsible for fathering at least twenty children. He had many mistresses and made little effort to hide it. Yet, all of this scandal had little effect on his highly successful singer sewing machine business. His singer sewing machine was and is recognized as an important tool and was taken to the Arctic with Admiral Byrd’s expedition.

Autodesk Inventor - How it is used? 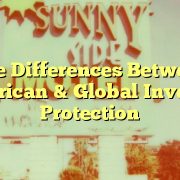 Information You Should Know About Patents

Distinguishing the Entrepreneur From The Manager
Scroll to top