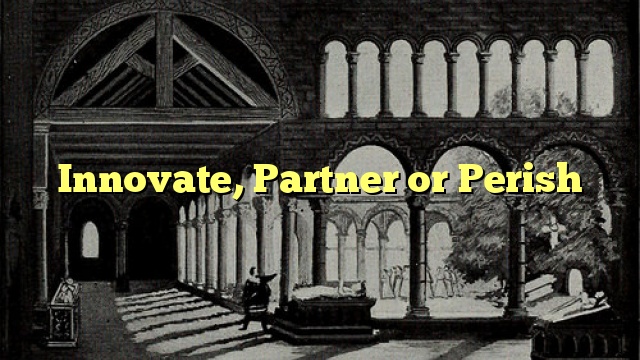 I’m not normally an early adopter, but I was one of the first people to buy a Windows mobile phone. And I loved it. It let me receive email, synced with my diary and contained all my contact details.

Then Apple released the iPhone. And it took me a few years (like I said, I’m not an early adopter) but eventually I switched. Because Windows hadn’t really innovated after that first release, while Apple had added some amazing functionality and created an entire community of developers who were releasing new apps every day.

But recently I decided to switch to Android.

Because the new iPhone lacked the “Wow” factor of that first iPhone, and meanwhile, the Samsung Galaxy III had a form factor that made it far more practical.

But it’s not just the device that swayed me – it’s the apps. Just about anything I used to have on the iPhone is available on Android. The big difference is that I can choose what apps I make my as default apps. So I can set Chrome to be my default browser, and ChompSMS as my default texting app, and TouchPal as my default keyboard.

That’s what prompted me to change – because I wanted to have the option to use the apps I wanted, rather than be dictated to by the vendor.

And I realised that my technology decisions have always been influenced by two things:

And when one vendor starts believing they know best, and that they alone can create the best products, then I think they’ve started to lose the plot. It happened with Microsoft years ago, and I think it’s happening with Apple now. No more is this reflected more clearly than in the decision to break with Google Maps.

Yes I know it’s a strange thing to say about the world’s richest company in the middle of a product release that has people queuing for 2 days, but I’ve spoken to too many people recently who used to be die-hard Apple devotees and are now considering other options.

And I think it’s the same for resellers in the IT industry.

New business models are emerging all the time. Competitors are coming up with new ideas and new offerings. Customers expect more for less. You need to constantly look for ways to innovate – new product/service offerings, easier ways to do business, understanding your customers’ problems and presenting solutions even before they realise they are heading towards a problem, getting rid of practices that have become out-dated (even if they used to be the most profitable), improving how you communicate with customers, and providing a level of customer service that makes them not want to buy from anywhere else.

But as I said earlier, very few companies can do it all themselves. So your success is also a function of how well you partner with other organisations. Whether it’s building better relationships with vendors and distributors, or working with other resellers who have complementary skills, or outsourcing functions to companies who are better suited to certain functions (Marketing, HR, Accounting, etc), your ability to partner effectively means that you can innovate and also create a community that ties the customer to you even more closely.

Innovation and Partnerships. Without them, companies perish. And if a company the size of Microsoft or Apple can lose their customers through a lack of innovation or effective partnerships, then smaller companies like yours and ours certainly can.

Add More Sparkle To Your Life - Innovate And Create

Banks Must Innovate to keep up with Customer Preferences

How to Innovate Without Money